In 1945, the Science Fiction writer Arthur C. Clarke published in the British magazine “Wireless World” a technical article entitled “Extra-terrestrial Relays”. This fact is considered a historical milestone of particular relevance in the field and the development of Astrodynamics, mainly because in this article Clarke uses the idea of the “Geostationary Orbit”, a particularly novel concept for that time.

In his work, Clarke proposes that if a radio were located in outer space, we could send a signal from the Earth to that radio, in such a way that the sent signal could “bounce” on the radio and be resent somewhere “beyond the horizon”.

This idea was very radical at the time, since in 1945 there were only two possible ways to send a signal “beyond the horizon”: one was using the telegraph, and the other by bouncing the signal in the ionosphere.

But the telegraph was not useful to transmit the voice analogically. It would not be until the 1950s, when we had the transistor, that we could really transfer the voice in an effective way. Bouncing the signal in the ionosphere, on the other hand, was something that involved multiple problems, because very often this layer of the atmosphere did not allow the signal to bounce effectively.

Clarke says in the article —and this is where he enters the field of Astrodynamics— that once the “radio” had been launched, it could be maintained up there without the need of any constant propulsion, because it would enter orbit: “it would become an artificial satellite, circling the world for ever with no expenditure of power —a second moon, in fact.” 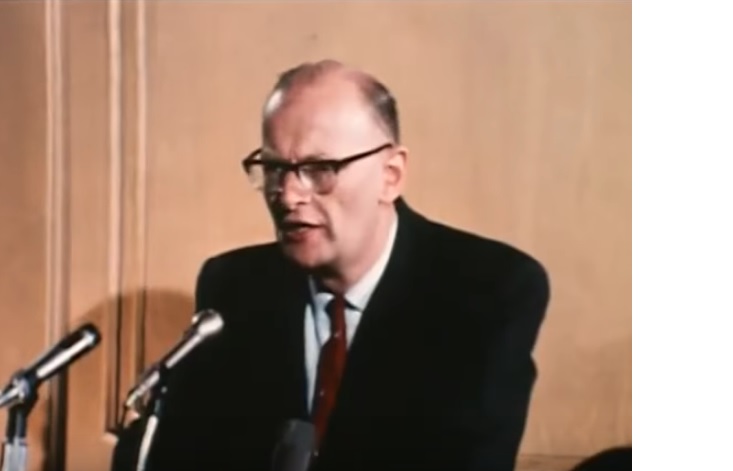 Clarke suggests placing this “radio” in an orbit located at a height of 42,000 km above the surface of the Earth, and in the plane of the equator. At that height and over that latitude of 0º, the period with which the object would move around the Earth would be exactly 24 hours, coinciding with the rotation period of the Earth itself, and thus, with respect to the planet the artificial satellite would always remain fixed on the same point on Earth. It would have, under itself, a whole hemisphere of the planet.

A full coverage of the entire planet would require a minimum of 3 satellites.

Ofcourse, for the communications it would be necessary to use frequencies that could cross the ionosphere, that is to say, any frequencies of the electromagnetic spectrum could be used, but they had to fulfill the condition of being able to cross the terrestrial ionosphere.

A geostationary orbit is a type of geosynchronous orbit, defining the latter as any orbit (circular or elliptical) whose orbital period is equal to the period of rotation of the Earth. This means that an object located in a geosynchronous orbit would make a complete revolution in 23 hours, 56 minutes and 4 seconds, which is exactly how long it takes for the Earth to make a complete revolution over itself.

The Geostationary or Clarke Orbit is a circular Geosynchronous Orbit and it is located in the plane that passes through the Earth’s equator.

All geosynchronous orbits (either circular or elliptical) have a semimajor axis (a) whose value is equal to 42,164 km (measured from the center of the Earth), and that can be calculated using the following formula:

which is deduced from the equation of the orbital period:

a is the semimajor axis (expressed in km).

For a geostationary orbit, since it is geosynchronous, its semi-major axis can be found using the same formula indicated above, and since it is also circular, the length of its semi-major axis is equal to that of the radius of the orbit. Such length, as we stated previously, is 42,164 km (measured from the center of the Earth). Considering that the terrestrial radius at the equator has a value of 6378 km, an object that revolved around the Earth in a Clarke Orbit would do so at a height above sea level of 42.164 – 6.378 = 35.786 km.

The first artificial satellite of History was Sputnik 1, launched by the USSR to space on October 4, 1957, twelve years after the publication of Clarke’s article. It was placed in a low Earth orbit (LEO), circling the Earth every 96.2 minutes, with an apogee of 939 km and a perigee of 215 km. It carried two radio transmitters, of 20,005 and 40,002 MHz respectively. 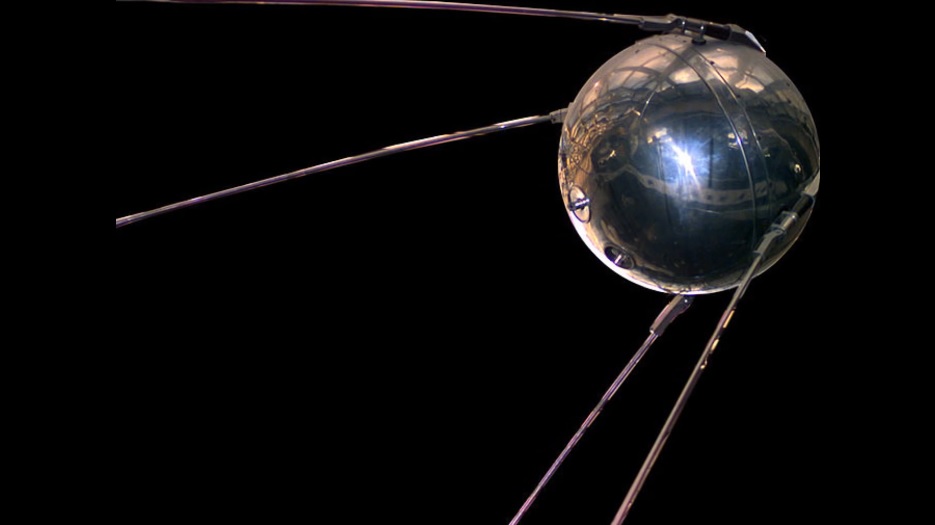 The United States of America would respond to this landmark of the USSR by launching its first artificial satellite, Explorer 1, just a few months later, on January 31, 1958. Also in a low orbit, its orbital period was 114.8 minutes, its apogee of 2550 km and its perigee of 358 km. It transmitted to the Earth in two different but very close frequencies: 108.00 and 108.03 MHz.